Do you like Greek salads? I love them! When I traveled to Greece years ago, I ate one every single day because they are so delicious. So I took the idea of a Greek salad and turned it into this Greek feta grilled cheese sandwich recipe. I hope you enjoy it as much as I do! 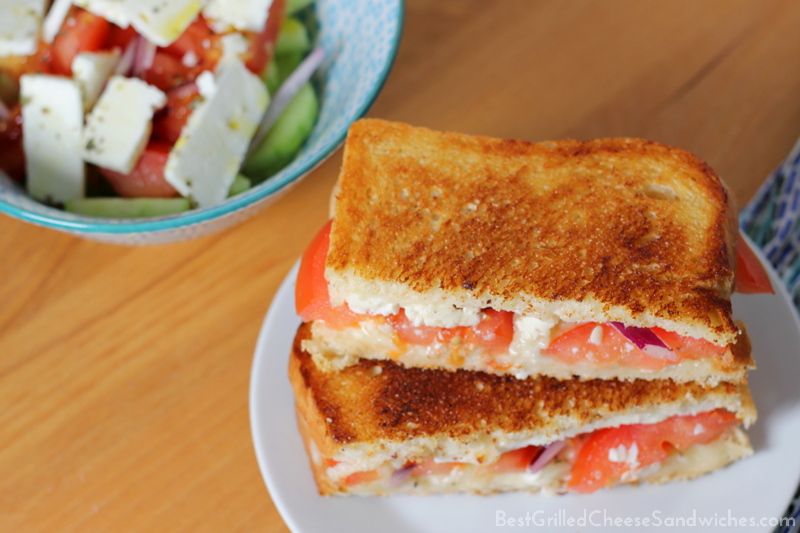 Salads often include lettuce, but a real Greek salad in Greece does not include lettuce. Every Greek salad I had while traveling in Greece consisted of tomatoes, cucumbers, bell peppers, red onions, black olives, a big slab of feta cheese, olive oil, and often a pinch of oregano.

I’ll tell you a secret though: Despite loving these salads, I actually hate olives. I was the weirdo picking olives out of my salads for 10 days. But it didn’t take away from how wonderful the salad was.

I actually made this sandwich with a few different variations. Since I don’t like olives, I left them out of my Greek grilled cheese sandwich. But Andy loves them – and hates onions – so his included olives but no onions. He also tried his with some tapenade instead of olives since it’s a spreadable thing.

I also left out the bell peppers, simply because I felt like the sandwich was getting overstuffed. But you certainly can include a few thinly sliced strips of peppers in your sandwich.

All versions were delicious!

However, one thing I didn’t try was including the cucumber. I love cucumber, but not hot, so it felt weird to add to a sandwich that’s cooked. If you try it with the cucumber slices, let me know how it goes.

How to make the Greek feta grilled cheese sandwich

Get some real Greek feta cheese. There are a lot of imitations out there, but trust me, the real thing is the best.

Feta cheese usually comes in a rectangular block, about an inch thick. This makes it a little awkward to slice compared to other cheeses. What I did was lay it down on my cutting board and make thin slices, starting at the edge of the cheese block, and I laid them next to each other on the bread until I had enough to cover each slice of bread.

Then layer on your tomatoes, onions, olives, and even bell peppers if you want to include them. If you decide to try tapenade, like Andy did, I suggest spreading it onto the cheese before adding the vegetables. And if you’d like to add some oregano, this is when to do it.

Now put the rest of your feta cheese on top of the vegetables.

Since feta doesn’t melt as nicely as some other cheeses do, we also tried a version with a small sprinkle of shredded mozzarella cheese to help hold everything together, and it worked well. Mozzarella doesn’t have a strong flavor, especially those pre-shredded bags, so I didn’t notice a taste difference. If you want to try this, put the mozzarella in before the second half of the feta.

Now it’s time to close up your sandwich and grill it in a buttery pan. But I want to point out that Andy used olive oil to cook his. He likes that it’s a less greasy fat to cook with, plus olive oil goes so well with a Greek salad grilled cheese sandwich.

Cook your grilled cheese sandwich for about 3-4 minutes on each side. I like to flip mine often, usually first after about 3 minutes for each side, and then every minute after to make sure it doesn’t burn. Typically it takes about 10 minutes to get that perfect buttery golden brown bread. That’s when you know your sandwich is done.

Use any leftover veggies to make a mini Greek salad to eat on the side.

Since feta isn't the meltiest of cheeses, you could also add a small amount of shredded mozzarella in the middle to help hold the ingredients together.

A black olive tapenade also works well instead of normal olives. And consider adding a few slices of bell pepper.

Nutritional information is an estimate provided by a third party app and should not be used in place of the advice of a professional nutritionist. 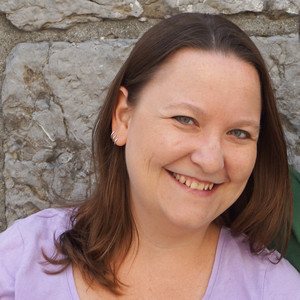